By Stephen Sanders
Bachelor of Science, majoring in Environmental Studies and Geography 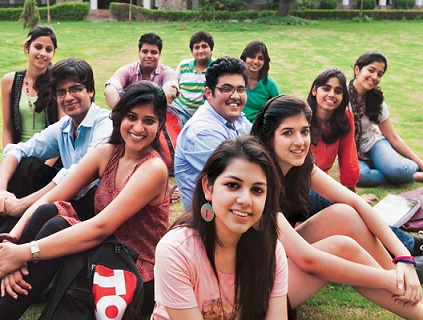 This has not just been a week of observation, but rather a week of personal reflection.
It’s been over a week since I first arrived in Mumbai, India, and I’ve seen numerous sights that have challenged everything I first thought about both India and the people.
We have learnt about caste and class systems, about religion and gender segregation and about the evolution of Indian society. Each dynamic has its own set of stories and implictions. However I have been particularly surprised by the place of women in Indian society, expressions of gender and sexuality, and dating as opposed to more traditional ‘arranged marriages’
It is no secret that women in India are marginalized, often horribly so, by a society that has withheld their rights for centuries. Unfortunately, this narrative seems to transcend national boundaries and is found worldwide. But it is changing.
I think a lot of the mistreatment is being challenged by the current generation of young women and young men. But there is still have a long way to go.
Globalisation and readily-available access to internet services is breaking down barriers between the traditional views of Indian society and the more liberal views of the rest of the world. My generation is at the forefront of this shift.
Social media, and in particular, uncontrolled dating sites like Tinder, blur the boundaries between caste and gender segregation and allow more liberal young people to more easily meet each other.
And… they allow foreigners to meet local people. I admit it. I used Tinder while travelling, before the field school began, and I instantly noticed some odd things about it. But it was only after talking to numerous people – from lecturers and professors to Indian friends and local people my age, that I began to realise some of the complexities surrounding dating in India.
Academics spoke about the history of gender divides in India, while local friends would elaborate on how they are perceived now. This has allowed me to develop a picture of India from a unique perspective.
India today is, in many ways, a subtle struggle between the old and the new. People in their twenties are emboldened by external influences and often push back against the traditional, conservative nature of their parents’ generation.
Young women I have met or spoken with often complained about the restrictions they feel when it comes to developing relationships with men. These restrictions seem entrenched in parenting and society. The young women I met often alluded to their own rebellion against these power structures, for good or bad. It is only a matter of time before this new attitude percolates into the greater mass of Indian society.
And to me, that defines a lot of the way Indian society currently exists; it is trying to find an identity within an entirely dynamic world, and that can be difficult. But at the individual scale, I am heartened by the youth of my generation who have the courage to step outside traditional social norms and challenge the system that seems to hold them down.
From a society that’s struggling to move beyond the caste system, gender inequality and religious division, India, and especially young Indian women, I think can look forward to a more equal future.