By Fayanne Cui
Bachelor of Science (Environmental Studies)/Bachelor of Law 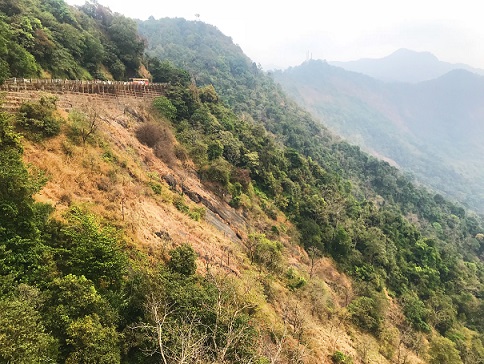 India is a nation fraught with contradictions. Despite their democratic system, there is a high level of political violence. The world’s most expensive residential property co-exists next to slum communities. The informal sector makes up 90 percent of the workforce, yet they have no job security nor legal protection.
These contradictions are what I carry in mind as we arrive in Kerala. Kerala sits along the southern coast of India, a state renowned for its breathtaking canals and flourishing biodiversity. On the four-hour drive to our accommodation, I am struck by not only this beautiful, mountainous landscape, but surprising prosperity and development. There appears a certain permanence to Kerala’s buildings, roads are well designed and impressively scale up the mountains. Yet its very geography poses a challenge to the people living here, shaping a lifestyle that is paradoxically dependent and threatened by the monsoon each year.
When monsoon rain is good, that is, when it arrives at the right time and is well distributed, the benefits reaped by the people are vast. Farm income increases from successful crop production, which in turn boosts the local economy by driving up sales of consumer goods and farm supplies. Dams, which provide water for hydropower generation, drinking and irrigation, fill up. The monsoon forms the crux of their livelihoods. Yet the 2018 Kerala floods reveal just how devastating excessive monsoonal rain can be. Deaths from falling debris was compounded by landslides that occurred due to deforestation. Large parts of Kerala were inundated because natural boundaries have disappeared with mining and development projects. Moreover, the intensity of monsoonal rain will only increase with climate change, causing areas like Kerala to become more susceptible to flash flooding.
How then does a state mitigate the impacts of such severe climatic disasters? In the week that I’ve been in India, it is clear to me that the solutions are neither obvious nor one dimensional. The survival of rural communities depends so much on the intricacies of their relationship with the environment around them, a relationship that is underpinned by a history of land degradation and the disproportionate impacts of climate change that they are vulnerable to. It seems to me almost impossible to overcome. However, a pilot study conducted in Meenangadi Grama Panchayath, a village level local administration, has opened my mind to potential change. Adopting a carbon neutral sustainability scheme, they have not only taken measures to reduce their environmental footprint in all sectors but have succeeded where some of the wealthiest nations have failed – addressing climate change as a systemic issue. Investment of 100 million rupees, funded by the state government, towards reforestation gives me hope that there will be a prosperous and progressive Kerala.
My time in India has indicated that no solution will ever be simple or straightforward. But if Kerala is capable of instigating such substantial change, then perhaps there is something to be said about India moving forwards in the right direction.