By Sarah Lovely
Bachelor of Science, majoring in Environmental Studies and Geography 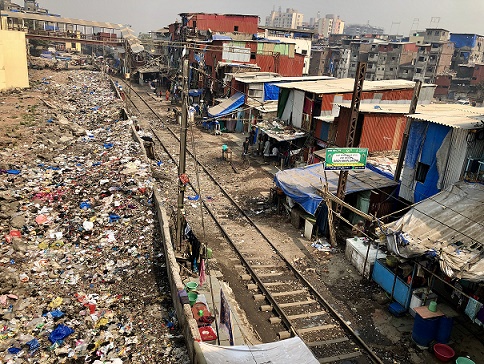 Despite the stark visibility of the rubbish littered throughout Mumbai, the average Indian only uses about 12kgs of plastic per year, which is approximately one tenth the average American usage. In addition to this, around 60% of India’s plastic waste is recycled, whereas the global average is merely 14%. This is thanks to a combination of street-picker based recycling that dominates the sector, as well as many start-ups focused on circular economy entrepreneurship.
The Indian government however, expects to double per capita consumption of plastics by 2022 as petrochemical investment is a lucrative business and reflective of high economic growth in other developed countries. Simply put, history has demonstrated that countries with higher plastic use correlates with higher levels of national wealth. Although increasing consumption to 22kgs per person might not seem alarming when compared to other developed countries, the sheer scale of India’s population functioning without a formal waste management system gives reason for serious concern.
Local governments are starting to roll out bans on ultra-thin polyethylene bags and Styrofoam based products and the national government is proposing a ban on PVC materials. These are fantastic initiatives by India to reduce plastic pollution and move towards a cleaner future for the country. Such measures are made only more impressive when I look back to Australia’s own pitifully slow pursuit of phasing out lightweight plastic bags in supermarkets.
India has been called the land of contradictions for a long time, and this appears to be testimony to exactly that. My observations travelling through Mumbai and south-western India reveal India’s love-hate relationship with plastic.
After visiting Deonar dumping ground in Mumbai which is the largest and oldest dumping ground in India covering almost 1.5km2 and reaching over 35m high, I am concerned about which of India’s contradicting plastic waste arguments will triumph in the end. I mistook the dumping ground as rolling hills it was so massive, vegetation covered the older sections of the dump while trucks could be seen offloading their contents into other parts.
Amongst all the towers of rubbish human scavengers were hauling bags of recyclable materials off the dump to sell from various informal shops in the city. With continued use of plastics, how much will collect on the sidewalk and in waterways and how much of it will start to overflow from over-sized dumps such as Deonar onto the marginalised housing settlements surrounding it?