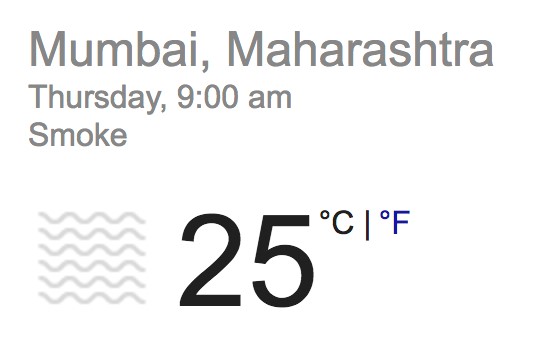 When googling the weather for Mumbai to select clothes for this trip, to my confusion it read ‘smoke’ – something I had never seen before. Although India is filled with many surprises, the biggest to me was the caste system that is entrenched into its culture.
If you are like me and have no idea of the caste system that is practiced in India, I will give you a very brief crash course. The traditional theory is that the Hindu God Brahma created four castes of people from his body; the Brahmins come from the head, Kshatriyas the arms, Vaishyas the legs and Shurdras the feet. The Dalits were an added fifth group which are outcasts in society. Each caste has a different attribute and are suited to particular jobs, for example the higher caste Brahmins come from the head and therefore are teachers or priests. The Dalits who come from the feet do the unwanted jobs such as street sweeping. Individuals keep to their own caste group. You are stuck with your caste and marrying outside of it may result in death.
While sitting in my fourth lecture in Mumbai I had a lightbulb moment that I am almost embarrassed to admit as a geographer. When looking at issues in India I had fallen into the trap of placing Indian culture into the same frameworks I use to understand Australian issues. I could not have been more wrong. You cannot understand how a country works without understanding its culture and social dynamics. This is the problem of studying other regions and cultures inside a classroom in Camperdown. How can one understand gender discrimination or widening wealth gaps in India when not understanding the dynamics of Indian culture? After a few days I discovered that most issues in India can be connected to the caste system. Being able to be in the country and experience its culture first hand has made it easier to see the complex social system that Indian policy is challenged with. This is something I would not have picked up as quickly if I were doing the same course in Australia.
In 2003 a report named Vision Mumbai suggested that one step to move Mumbai into a world class city would be to stop new slums forming. However, when planning cities and creating polices it is important to first understand the social dynamics and processes like the caste system to avoid oversimplification. This idea is relevant to an Australia context in that urban, rural and remote areas are all different and policy needs to be dynamic to cater for their dynamic nature.
As the smoke settles and my grasp of the caste system improves, my understanding of the complexities of India will as well.